My first book! Claimed by the General. 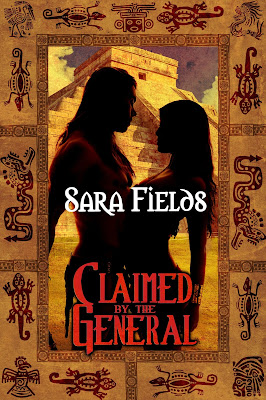 When Ayala intervenes to protect a fellow slave-girl from a cruel man’s unwanted attentions, she catches the eye of the powerful general Lord Eiotan. Impressed with both her boldness and her beauty, the handsome warrior takes Ayala into his home and makes her his personal servant.

Though Eiotan promises that Ayala will be treated well, he makes it clear that he expects his orders to be followed and he warns her that any disobedience will be sternly punished. Lord Eiotan is a man of his word, and when Ayala misbehaves she quickly finds herself over his knee for a long, hard spanking on her bare bottom. Being punished in such a humiliating manner leaves her blushing, but it is her body’s response to his chastisement which truly shames her.

Ayala does her best to ignore the intense desire his firm-handed dominance kindles within her, but when her new master takes her in his arms she cannot help longing for him to claim her, and when he makes her his own at last, his masterful lovemaking introduces her to heights of pleasure she never thought possible.

But as news of the arrival of an invader from across the sea reaches the city and a ruthless conqueror sets his eyes on Ayala, her entire world is thrown into turmoil. Will she be torn from Lord Eiotan’s loving arms, or will the general do whatever it takes to keep her as his own?

“What is your name?” he said quietly.

“Ayala,” she replied, quickly adding a “sir” afterwards, hoping to please him.

“Ayala,” he said, almost as if he could taste it. “That is a very pretty name,” he added, allowing it to roll off his tongue. “My name is Lord Eiotan. I own the fields that you work in. You belong to me.”

Her mind raced, but she kept her eyes on the floor. This was the man who owned her mark, the man who held her freedom in his hands. The Aztecs, in a territory not too far away, had captured her people. She was young and strong and could work, and therefore had been taken to the capital and sold. Ayala had never seen the man who owned her before.

She felt him come toward her, but she didn’t dare move. Her body began to quake with fear. His hand cupped her chin and pushed it up. She slowly met his powerful gaze, feeling very small in his presence. He smiled at her, his features warming with kindness. She felt oddly safe for a moment, before she quickly remembered who he was.

“I like you. You seem like a woman who can think for herself. I don’t think you belong in the fields any longer. I think I will take you as my personal servant instead. Would you like that?”

Ayala opened her mouth to respond, but no words came forth. His hands dropped to her shoulders, almost cradling her with reassurance.

“It would be easier work for you, but you would have to follow my rules, or face the consequences of disobeying me.”

Ayala swallowed past the lump in her throat. “By that, sir, you mean my death,” she stammered. Execution of servants was commonplace within the Aztec community. She let her eyes fall again.
He was strangely silent, gazing down at her. He used his fingers to pick up her chin, silently encouraging her to meet his eyes.

“No, not at all.” He paused. “The way I punish my servants is through a spanking. I would pull out a chair from that table and sit down, and then I would bare your bottom, and spank you until I feel you are truly sorry for what you have done.”

Ayala opened her eyes wide. She was a grown woman! Her own mother had not spanked her since she was a little girl. All she remembered was that it hurt, and it hurt an awful lot.

“You would spank me?” she whispered. “But I am grown; I do not need to be punished like a child.” She stuck out her chin a bit, feeling slightly defiant.

“Should you agree to work for me personally, misbehaving and disobeying my orders is something a child would do, therefore qualifying you for a punishment as such.”

Ayala narrowed her eyes a bit before responding, chewing his response over in her mind. “You would not kill or torture me for such an offense? I have heard stories, and seen the trials. Slaves have little rights here.”

“I will not kill or torture you, I promise.” He walked over to the table and pulled out a chair, placing it away from the table with a wide berth. Nervous butterflies flew through Ayala’s stomach. What was he doing?

“If what you say is true, I agree to serve you, sir,” she managed to stammer out as he sat down in the chair, a distance too far from the table for her comfort.

“Then come over here, young lady, I am going to show you what shall happen should you disobey me.” 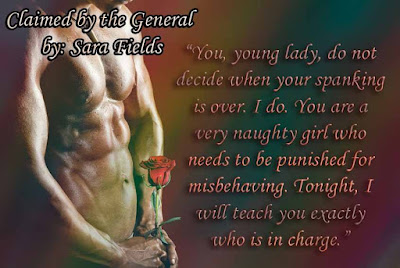