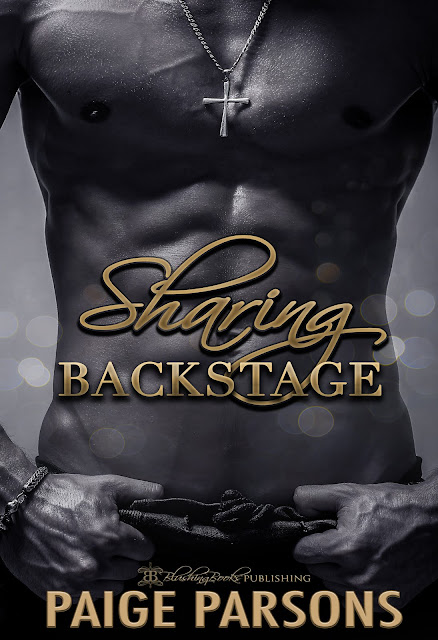 What happens when the girl who runs from everything finally decides to stay put?
Harper Harrison is an accomplished, independent, and vibrant young woman. As a freelance production stage manager, she's no stranger to being in charge. She knows how to get the impossible done, even if she has to take a few shortcuts for the sake of theatre magic. She has one fatal flaw, though. When things get complicated, uncomfortable, or she even thinks they might go wrong, especially in her personal life, she bolts.

Lucas Mason is a fellow freelancer, and when they work the same show, sparks fly. They share a love of the stage and high stakes sex. They've christened nearly every location backstage unashamedly, but Harper wants more. Lucas makes every effort to keep her at arm's length. He blames it on their crazy schedules, but Harper believes something more is going on.

They reconnect after an extended break and Harper is shocked to find out that Lucas is now her boss. He has a dominant streak that he isn't afraid to display, and she isn't a fan. Answering to Lucas takes more than a little getting used to, and after a trip or two over his knee, she decides that maybe a relationship with him is more than she bargained for, after all.

Harper leaves town to chase her Broadway dream and to take comfort in the familiarity of her ex-boyfriend. New York isn’t home, though, and Harper has to face the truth of her situation. The easygoing man she's with isn't the one she wants or needs. Lucas is three thousand miles away, and he has no intention of chasing her.

To have the life she wants, Harper will need to face all of her demons, confess her transgressions, and accept her punishment. It's the only way they'll ever find themselves sharing backstage again.

Publisher’s Note: This work contains depictions of adult sexual activity and adult domestic discipline. If you would rather not be exposed to such topics, please don’t read this book.

Her door opened and closed quickly, with the loud click of the lock connecting. When her pacing turned her back to it Harper saw Lucas standing there, arms crossed and a penetrating glare.

“You ever hear of knocking?”

“I doubt you would’ve heard me, although anyone coming down this hall could sure hear you. What’s going on, Harper?”

“No, we are not doing this. You say nothing and forget it, and then they’ll be another blow-up. It’s what you do when you don’t deal with things. You don’t pretend with me.”
“When you get your degree in psychology, then you can talk to me about my lack of coping skills.”

If she had been paying more attention to his movements instead of nursing her rage, Harper would’ve noticed the door being locked and the closing of the blinds on her glass side panel window. Unfortunate for her she decided to top her tirade by turning her back on her severely perturbed boyfriend. Pressing the full front of his body against her back, Lucas leaned in to whisper in her ear.

“You have thirty seconds to rethink your last comment and retain your right to talk from an upright position.”

The hairs the back of her neck began to rise along with the prickles of goose flesh running from the back of her neck and down her arms. It was his closeness and the soft intensity of his voice that kept her from turning around on her own. Her pause to check her own reaction to his words and actions made her reflexes slower than his thirty-second ultimatum.

Paige Parsons is a creative Joan of all Trades, with her first love being theatre. Now living and working in Japan, Paige, a native New Yorker, has always loved the world of make believe. Whether reading, writing or performing she loves a good story.

Having spent the last 25 years collecting stories around the stage as an actress, stage manager, and production manager, it is no surprise that Paige loves to tell stories, read stories, and put stories up on the stage. 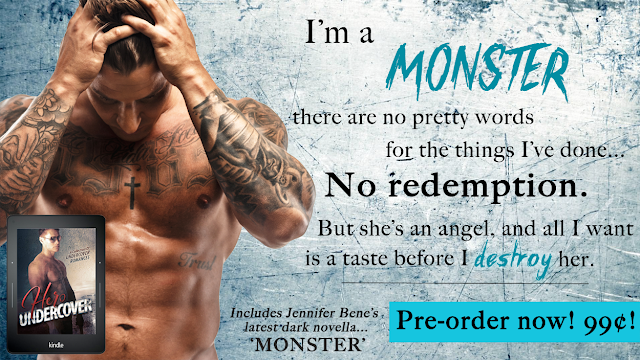 Don't miss this sizzling compilation of panty-melting military masters, determined detectives, and rope twirling cowboys. Your knees will grow weak with each take-charge encounter leaving you breathless for more. Sink into the novellas and submit to these sinfully strict salacious alpha males.

Annabel Joseph, Addison Cain, Renee Rose, Maggie Ryan, Maddie Taylor, Emily Tilton, Trent Evans, Jennifer Bene, Jane Henry, Sophie Kisker, Megan Michaels, Katherine Deane, Maggie Carpenter, Maisy Archer, Alyssa Bailey, Claire Conrad, Stevie MacFarlane, Piper Stone, Anya Summers, Lucy Wild, BJ Wane, A.C. Rose, April Hill, Amelia Smarts, Meredith O'Reilly
Monster Blurb
I’m a monster.
There are no pretty words to wrap up the things I’ve done, the things I’ve been witness to, all in the name of the law. But wrong or right gets mixed up the longer you’re undercover, and what used to be a mask feels more like who I really am with each passing day.
Cold, ruthless, vicious. I’m Paulo García’s monster, and I’d swallowed that bitter pill whole, learned to deal with it… until she stormed into the house like some avenging angel.
And that’s what she is, an angel.
Nicole wants to save her brother. She showed up with an envelope full of cash and a smart mouth and found herself in a den of monsters. I wish I could say I was the best of them, I wish I could say I wanted to protect her — but she’s so damn sweet, and my life’s been bitter for too long.
And all I want is a taste before this world destroys her.

The boys opened the front door, and Paulo strolled into the sitting room, making his way to the wet bar. One of the most violent drug lords ever to come out of South America, and he looked like he was on vacation with his casual clothes, his falsely friendly demeanor. My grip on the tequila bottle tensed as I stared at the man, but I made sure my expression was blank. It didn’t matter how much I hated him, I was his until the job was done.
“Not curious about the girl, Andre?” Paulo asked, tilting up his fresh drink to take a sip.
“Why should I be curious when I can get the play by play just from listening?”
“Well, José seems to think she’s a security risk.”
“If you need her handled, I’ll do it, jefe. Otherwise, I see plenty of ass walking around Miami.” I stayed still. Discussing shit like this was practically second nature now.
Paulo chuckled, leaning back with his elbows on the bar. “That’s what I like about you, Andre. Cold as ice.” He waved his drink at the men crowding the front door where a buzz of conversation had picked up. “The others are so hot tempered, they don’t think. You think.”
“Emotion clouds judgment.”
“You’re right. My father used to say… mata a tu corazón, o te matará. Do you know this phrase?”
I hadn’t heard it before, but I knew what it meant, and it fit Paulo perfectly. “Kill your heart, or it will kill you.”
A shark’s grin spread across Paulo’s features. “Exactly. Emotion makes you weak, and weakness is death.”
“Your father was a smart man,” I answered, voice on automatic, but the words were almost overridden by the feminine shout that came from the front door.
“Are you in there Paulo García? HUH?”
The man’s eyebrows lifted the tiniest fraction, his chilling smile not shifting. “Let her in, José.”
“Keep your fucking hands off me.” The blonde that stumbled into the room from the foyer was clad in shorts and a form fitting blue shirt that had some phrase across it in pale, swirling text. Male laughter followed her, and I forced myself to be still, not even breathing so I wouldn’t move.
She was definitely American, and fucking beautiful, and as I turned my eyes back to Paulo I knew the man smelled blood in the water. A wicked hunger waking up in those coal black eyes — the same hunger that I hated myself for feeling. “Hola, señorita. What can I do for you?”
“Do for me?” Her voice was practically boiling with rage, tanned cheeks flushing with it as she held out a thick envelope. “How about leaving my little brother the fuck alone? I’ve got your money, and I want you to take it and then never fucking speak to him again — any of you! That is what you can do for me, asshole.”
Marco and Diego started laughing behind her, amused by her little outburst as they looked over her curves, her strong legs, all the way down to the multi-colored running shoes on her feet. Even Paulo seemed vaguely amused as he spread his arms wide. “I have no idea who your brother is, belleza, but if he owes me money that was his choice.”
“Fuck you! I know you hurt Chris, threatened him, but this is it. Take your money, and get out of his life!” She shook the envelope again, shouting, and my cock twitched at the same moment my stomach dropped.
Brave and stupid. Paulo was going to eat her alive.


Instagram - https://www.instagram.com/jbeneauthor/
Posted by Unknown at 7:54 PM No comments: