It's Time for Scintillating Sunday, and why not Six of the Best while we're at it. Here's another sneak into my next book - A Gift for the Doctor... 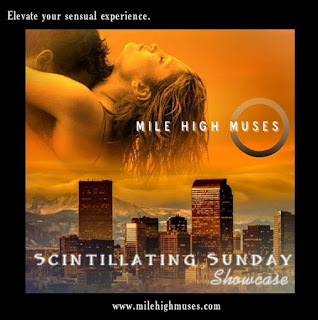 After a few short moments of additional probing, he took the medical instrument out of her, and placed it back on the small table. She sighed with relief, hearing him remove his gloves with a snap.

Only it wasn’t over. His fingers returned to the skin of her thighs, reaching back towards her pussy, only this time he took his ungloved palm and pressed it up against the heat radiating from her core. Quivering at this mark of ownership, she waited almost breathlessly, nervously anticipating what he was going to do next.

Kade took his thumb and begin to circle her pulsating clit, and Morgana nearly fell apart at the intensity of the flood of sensation that came with his gentle caress. The rest of his fingers continued to stroke her moist lips, continually coaxing her towards the edge into a world of pleasure. He played her body like a well-tuned instrument, as though he knew exactly where to touch in order to drive her insane with desire.

Hot enough for ya?